Do you want tickets for London 2012 Olympics? Did you fail to make an application? Found it all too complicated? Can’t afford the high prices? Worried you won’t be successful in the (oversubscribed) ballots?

There are two stories in the press today that may be of interest.

Websites in countries outside the UK are selling tickets legitimately, at face value, and there appears little reason why you can’t buy. The Telegraph has the story here. The full list of authorised ticket resellers is here, so you can track down a website in English.

The other news is that a series of rehearsal events, under the banner London Prepares, is planned for some of the major venues, this summer, to test out the sports facilities, staff, and infrastructure.

Tickets are available exclusively from the Ticketmaster website from 10am on 26 May 2011.

For example, for five days this August, the London International Basketball Invitational will see six of the top men’s teams from around the world come to the UK to compete in the new Basketball Arena on the Olympic Park. You will be able to go to the new Arena (by Wilkinson Eyre architects) where there will be three games per day, provisionally scheduled for 3.30pm, 6pm and 8.30pm. One-day tickets will be available, allowing spectators to take in all three games. Details here. Other sports being similarly tested include beach volleyball, Modern Pentathlon, Road Cycling, Badminton, Swimming, Sailing and Equestrian events.

Details of all the London Prepares events can be found here.

Posted by John Dee at 10:55 No comments: Links to this post

The landlord appears to have the builders in: I suppose he wanted to move the piano out for safety 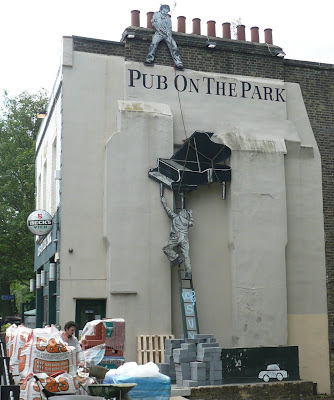 Pub On The Park, London Fields
Posted by John Dee at 11:27 No comments: Links to this post 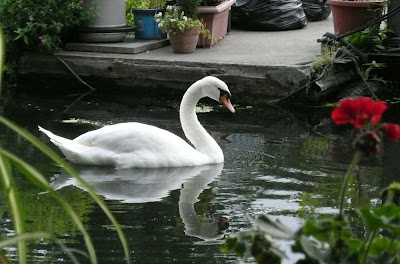 The pair of swans on the Basin has now produced three cygnets – there were four last year.

However, an entirely different species has taken up residence on the balcony of 362 Kingsland Road. 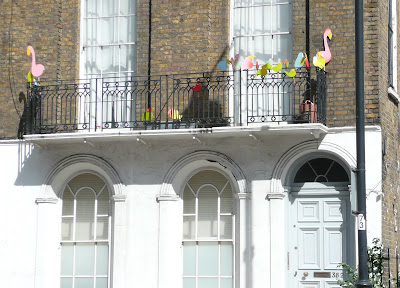 Posted by John Dee at 21:21 No comments: Links to this post

Blue Plaques and others

There are over 800 blue plaques installed on buildings in London, each one commemorating a notable person connected with that particular place. There are many websites on the subject but the best place to start for general information is the English Heritage website, as they are the people responsible for running the scheme. The scheme was initiated in 1867 by the Royal Society of Arts, and has since extended to many other UK cities and abroad to Canada, Australia, Paris, Rome, and the USA.

I have seen a quite a lot of plaques on my travels around London, but apart from the few below I haven’t tried to photograph many of them. Plenty of other people have though: there are 250,000 photos on Google Images, as well as websites dedicated to the subject. There is a good selection of photos here. There is also book on the subject: Blue Plaques and the Stories behind Them. Blogger Londonist has a useful map and links here.

There are plaques in other colours, and there are other schemes, some initiated by London boroughs, and these record events as well as people. It’s no surprise that over the years the plaques have attracted the attention of artists and my own modest collection below includes one interesting anonymous plaque in Shoreditch 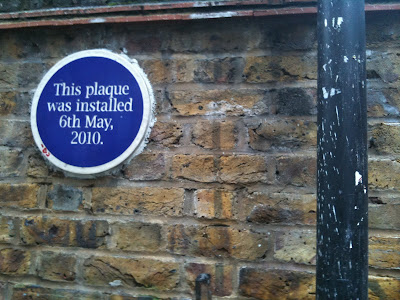 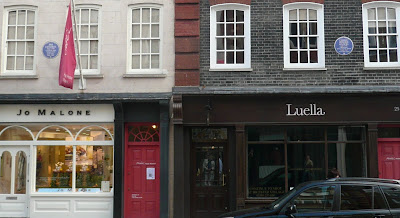 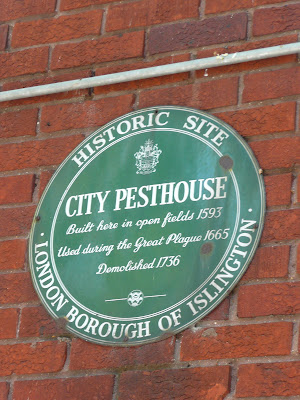 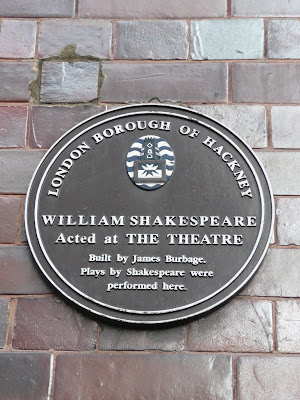 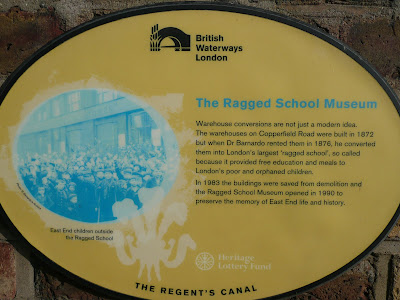 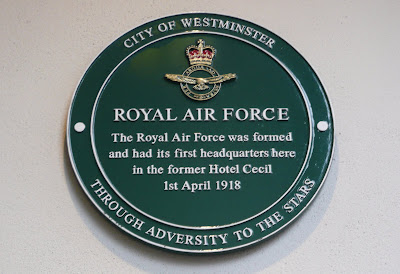 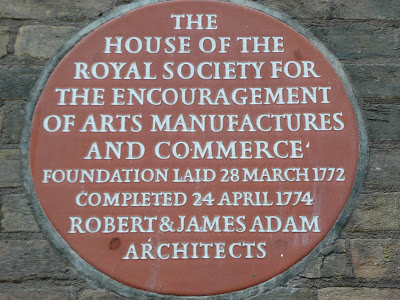 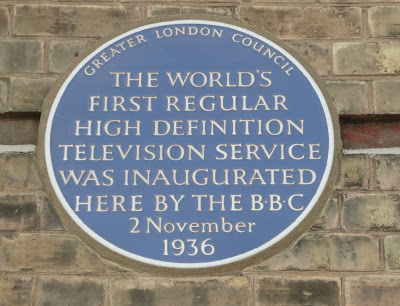 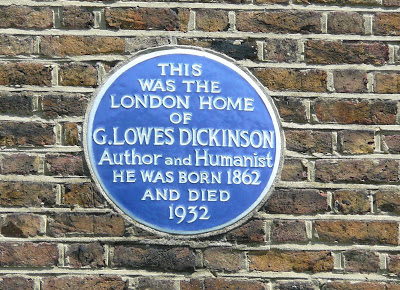 Posted by John Dee at 13:25 No comments: Links to this post