Battersea Power Station has (temporarily) lost one of its landmark chimneys.  Out of use since 1983, the largest brick building in Europe is finally being converted into apartments.

The cover of Pink Floyd’s 1977 album “Animals” famously featured a giant inflatable pig tethered to one of the chimneys.  The pig broke free, rising into the flight path of planes descending into Heathrow.  (No animals were hurt in the making of this album cover) 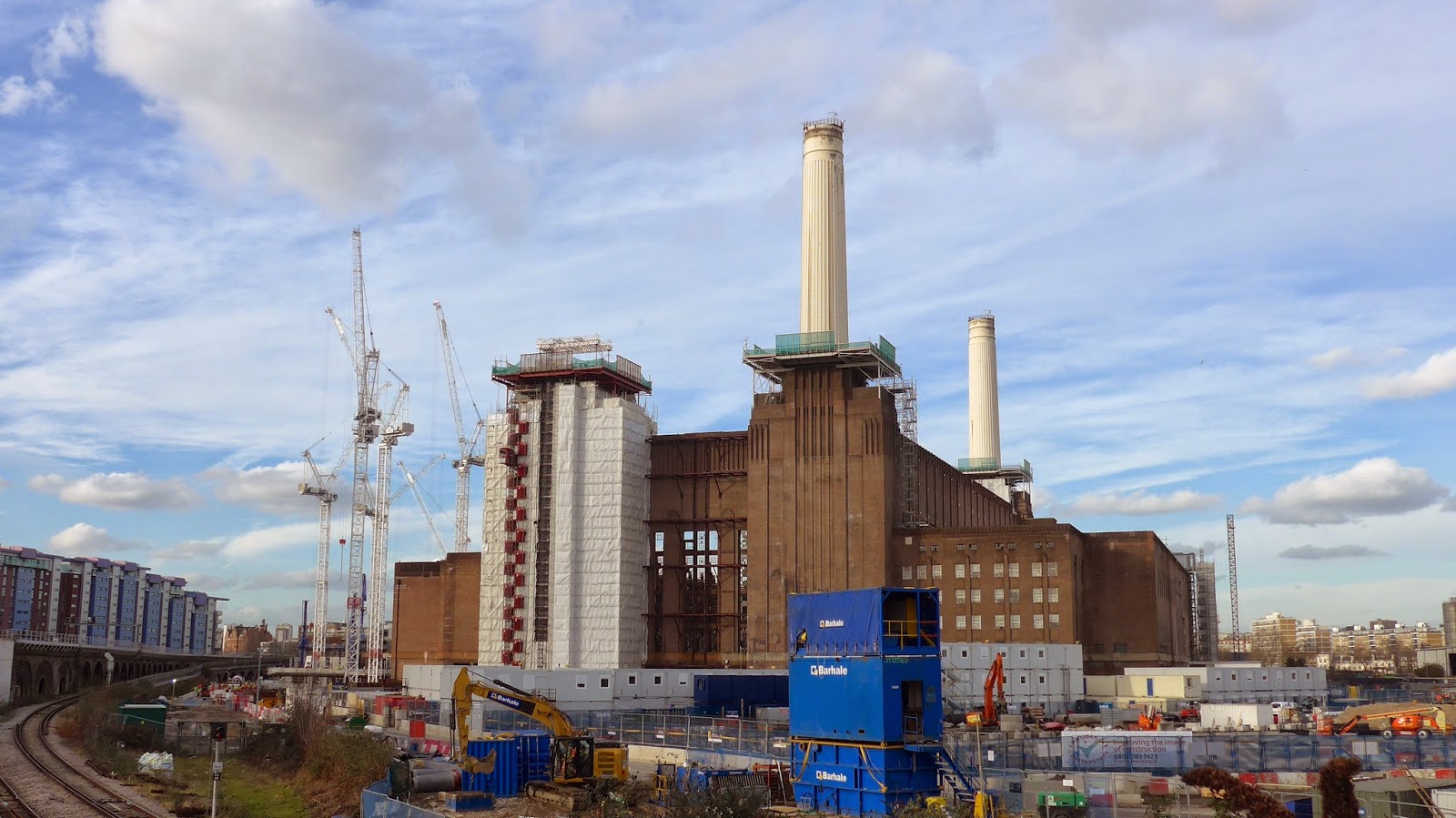