I've worked for Ken and Boris


There was a piece in the Evening Standard this week by starchitect Richard Rogers, on who he will be supporting in the Mayoral Election this coming week.  He writes from quite a unique position, having worked for Boris Johnson and Ken Livingstone:

I worked for 10 years with both Ken Livingstone and Boris Johnson as chief adviser to City Hall on urbanism and regeneration — and I am convinced that Ken best meets the needs of Londoners.    Read on


Perhaps one of the most important and influential architects alive and practicing in Britain, Richard Rogers burst onto the international scene when he and Renzo Piano won the 1971 competition to design the Pompidou Centre in Paris. Read Wikipedia's entry on him here
Posted by John Dee at 17:04 No comments: Links to this post

Mayor of London and Women in London 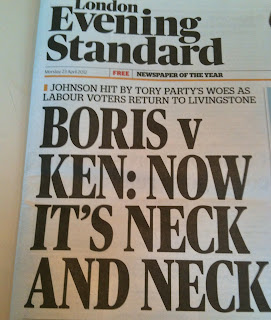 I went to the LSE last night for “Women in London” an event organised by the Fawcett Society. They had recently published a report looking into equality between men and women in London, showing some troubling trends.   You can see the headlines and the report here

With just a week to go until Polling Day, the key candidates for the post of Mayor of London, were on the platform to make their cases, with one exception – the current mayor, Boris Johnson.  His seat on the platform was filled by Victoria Borwick, a conservative member of the London Assembly.  She brought apologies from Boris, he had a ‘diary clash’. Embarrassingly, the chair later told us “ ….he declined our invitation…” to a degree of derision from the audience.  Given the very latest polling, published in the Standard just hours before his non-appearance, it seems remarkable that Boris didn’t rearrange his diary to make an appearance and take the opportunity to face this particular audience.

Sonia Purnell author of Just Boris: A Tale of Blonde Ambition had a timely piece in the paper today.

He is an infamous philanderer, promotes few senior women and female colleagues at City Hall complain about him bitterly. Yet the London mayor is a hit with women voters. Why?

Jane Martinson has a good piece for the Guardian on the issue of women’s equality in London:
London is the worst place to live in the UK if you're a woman, according to a report that reveals that women are less likely to work, earn less than men when they do, and are more likely to be sexually assaulted in the capital than anywhere else.  Read more here 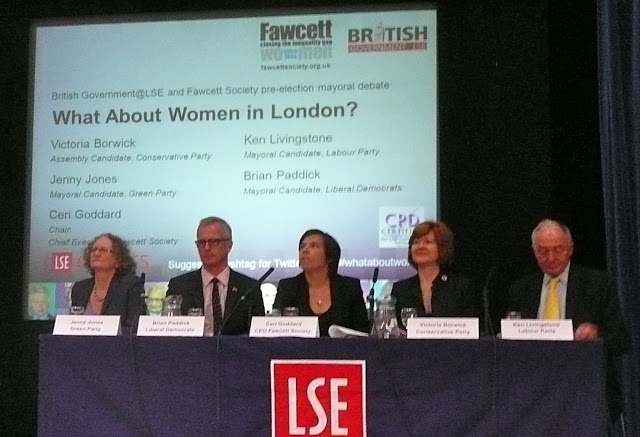 Posted by John Dee at 15:43 No comments: Links to this post