August 3rd, and its time to sample the Olympic Rowing.  This is held on Dorney Lake in Berkshire Windsor, the rowing course owned by Eton College 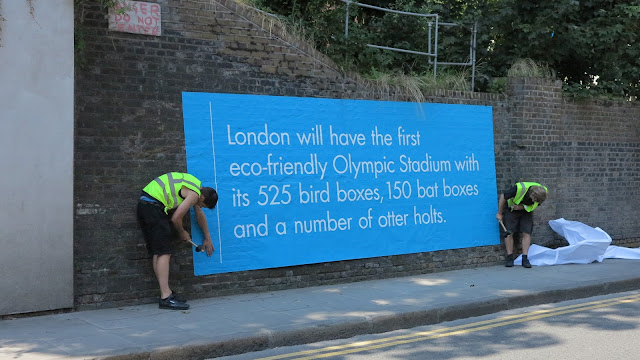 August 8th: On the 08:37 train from Waterloo to Weymouth, where we will watch the Olympic Sailing.


Sunday September 9th: The sun sets over the Olympic Park as we arrive for the Closing Ceremony 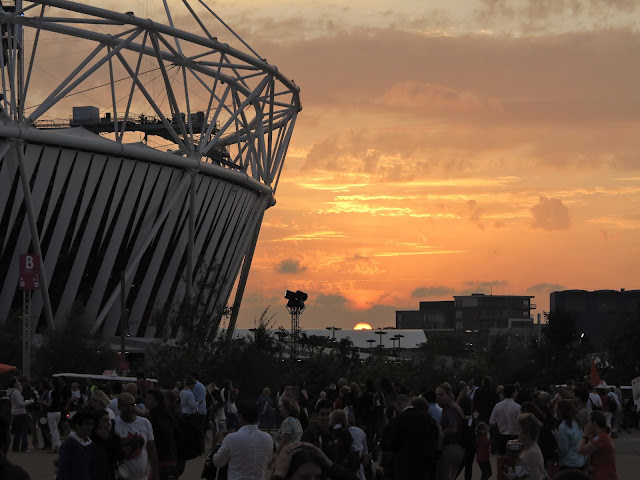 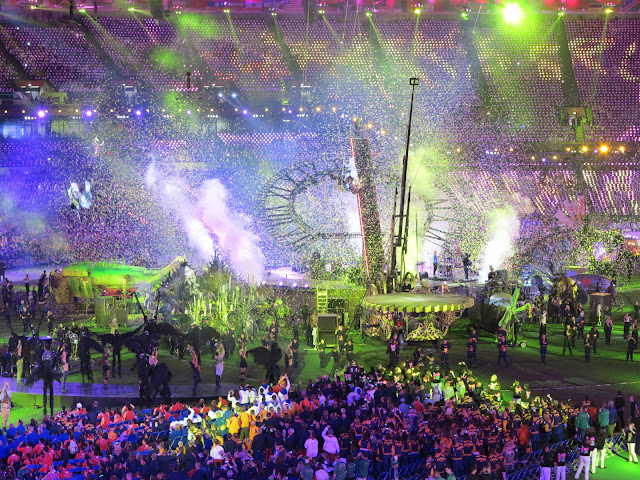 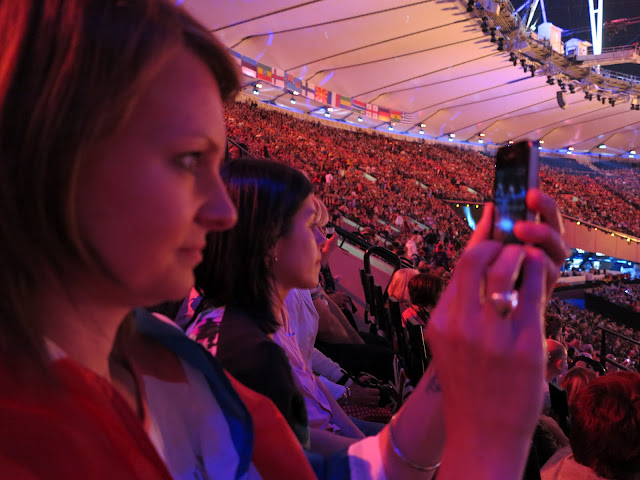 Monday 10th September: The Celebratory Parade through London for almost 800 GB athletes.   Although Chris Hoy said it was the athlete's opportunity to thank the public, around 700,000 people lined the streets to pay congratulations, to those who won medals, and to all the others for participating.

That’s it, a short record of One Glorious Summer of Sport.  Millions watched on tv (well done the BBC and C4), thousands travelled from around the world, London behaved and even let its hair down, and GB did very well in the sports, coming third in both medal tables.   If you want to see more photographs, click on here, where you’ll find them, arranged by sporting event.

Posted by John Dee at 15:09 No comments: Links to this post